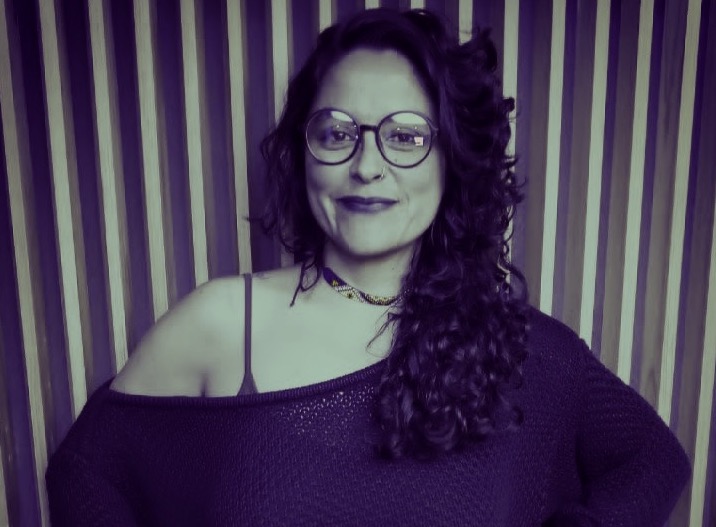 Pou des Lleó is a northeast island bay, it is in the municipality of Santa Eulalia del Rio. The main beach is of sand and pebbles, surrounded by low cliffs of red earth and bushes and junipers, creating a typical Mediterranean landscape.

It has been a tiny but significant fishing port for a long time, there are coves in the local region with the traditional fishermen’s huts where nudism is practiced.

The name Pou des Lleó means Lion’s Well in the Ibicencan dialect. On one side of the beach, there was a well from 1555, but in January 2020 a storm knocked it down.

Pou des Lleó is a bay with small coves; but there is the main beach of granulated sand and pebbles, reaching 75 meters in length and 10 meters in width.

The orography of Pou des Lleó has low cliffs where you can walk around the coast. As you walk along with it, you will find rocks and small coves with fishermen’s huts, ideal places to sunbathe and swim in the transparent and calm sea created when neither the current nor the tide comes. The landscape around is the perfect postcard of the stunning Mediterranean.

How to get there:

Pou des Lleó can be reached by car or scooter from Ibiza town.

By bus, take the bus number L13 to get to Santa Eulalia town then take a taxi to Pou des Lleó from there.

If the rocks of Pou des Lleó could speak, they would tell us countless stories that are now legends. Throughout the eighteenth century, during the time of the pirates, this island corner was the perfect hiding place for the looting.

However, in 1936 the neighbors in Pou des Lleó experienced an essential historical event. During the Spanish Civil War, it was the place for landing a thousand republican troops heavy invasion force commanded by captain Alberto Bayo arriving in naval ships, a submarine, and seaplanes.

Republican government soldiers arrived from Barcelona after sailing along Ibiza’s coast, the troops reached Ibiza city early the next morning, captained by Bayo and Uríbarry.

This situation led to the bombing of the city of Ibiza, leaving dozens of deaths among them many Ibizans, and several days of chaos. Finally, Franco’s troops took the island. 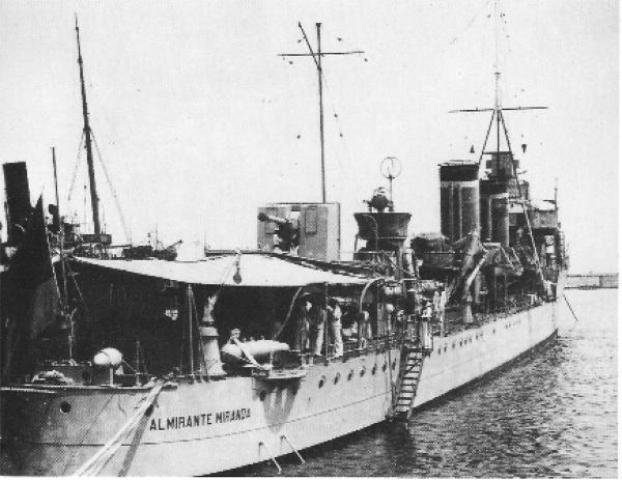 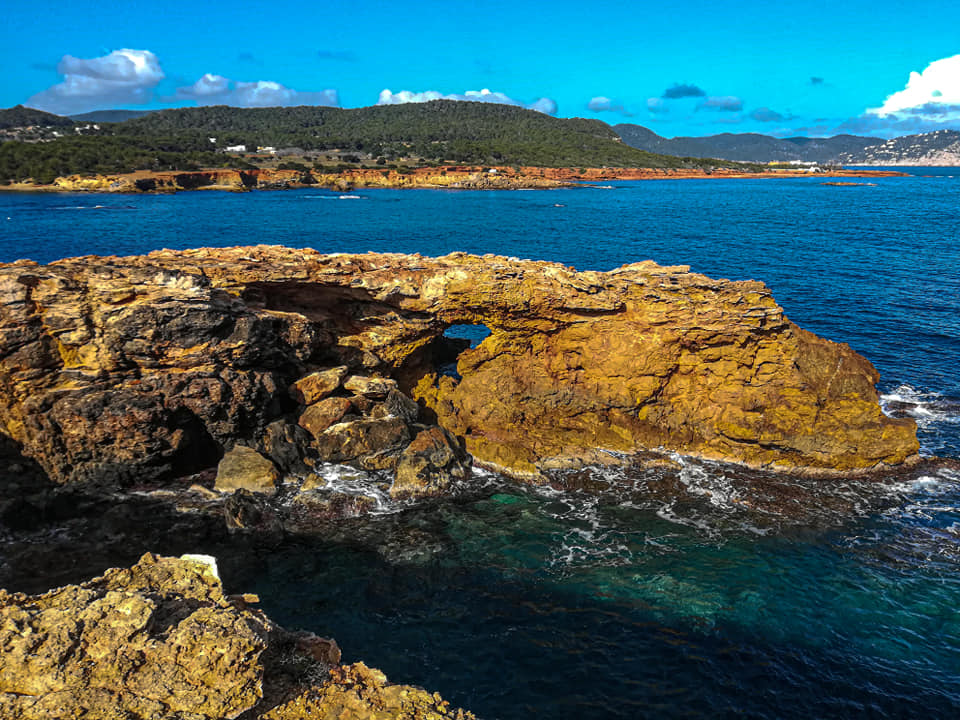 If you’re on Pou des Lleó’s main beach; if you take a north-easterly stroll along the shore, you’ll run by some coves that are literally paradisiacal. The landscape is open to the blue horizon, and there are several meters of cliffs. You can stay in one of the boathouses to admire the scenery and cool of in the water. If, on the other hand, you walk south-east along the coast, you will see the spectacular private island of Tagomago nearby.

Have you ever went fishing? You can try it at Pou des Lleó as its marine fauna is extensive. Buy a fishing rod in the village of Santa Eulalia. You’ll probably see more than one fisherman on the rocks of some cove. No doubt it is an activity that requires patience, but this paradise is the perfect context to develop it. 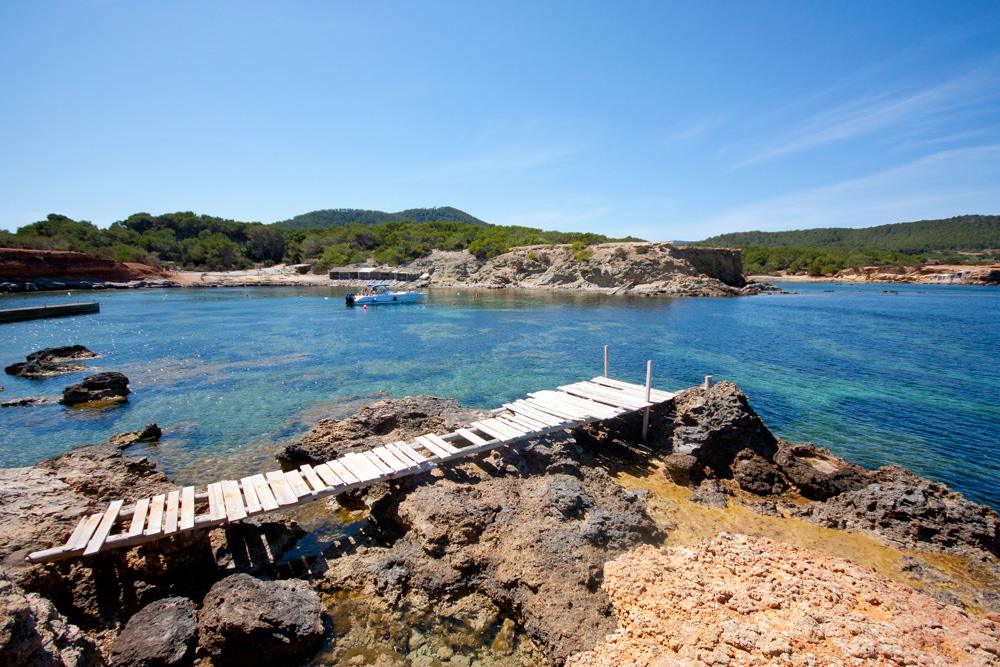 Few meters before arriving at the cove is the restaurant Pou des Lleó, an essential spot to taste the real Ibizan gastronomy. If you never tried before, but you love the seafood and the fish, ask for Bullit de Peix, a fish and potatoes stew that takes you to heaven! As for starter, order aioli and olives, perfect for a cold beer. On the other side of Pou des Lleó is the restaurant Salvadó, another special place on the island to try typical Ibizan food, the traditional food of the fishermen. It has a lovely terrace with views of the coves and the open sea.

What about drinks, shops and hotels?

There is the Pou des Lleó beach bar right on the beach to drink something new, like a draught beer; they also have tapas.

We suggest Morna Agrotourism for accommodation; live the feeling of living in the countryside of Ibiza, surrounded by pine trees, fruit plants, Mediterranean nature along with all the comforts of a hotel, wifi, nutritious breakfast, swimming pool, peace and quiet.

We still suggest the Las Dalias Market in this part of the island to enjoy shopping with the island’s hippie spirit, is in the town of San Carlos.

Pou des Lleó is one of the island’s loveliest coves. But don’t expect a long beach with all the comfort and activity Playa d’en Bossa, Las Salinas or Talamanca provide. These northern coves are wilder, and calmer so bring your booties, diving goggles, towel and even your dog to enjoy the adventure! 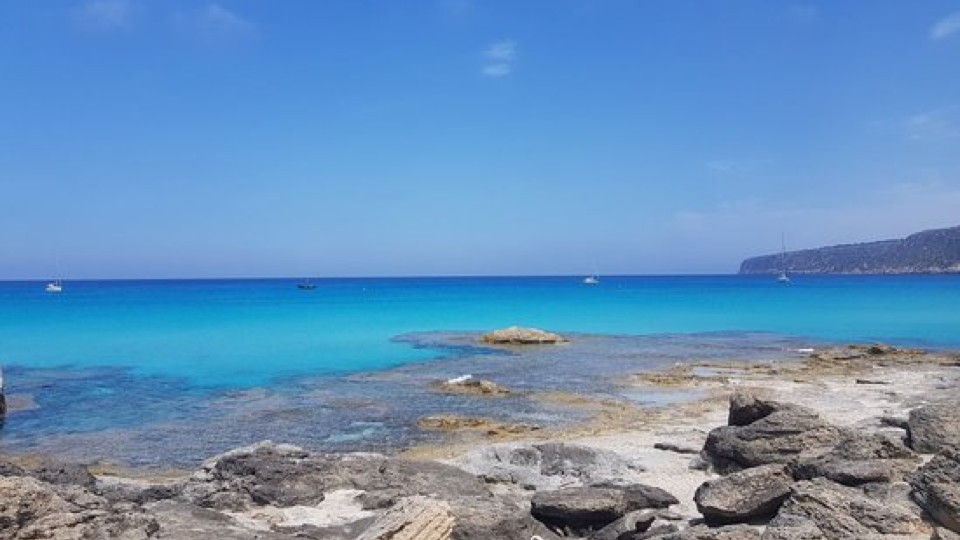 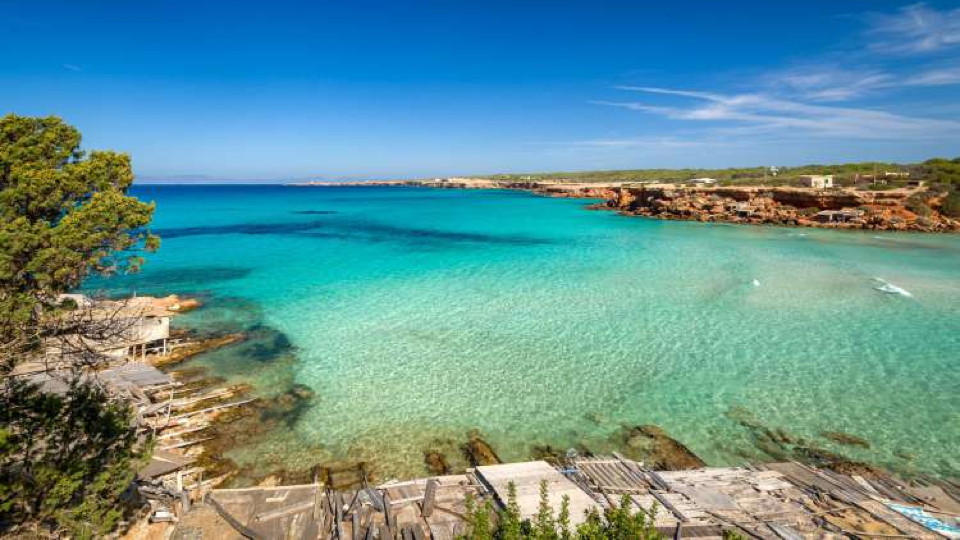 Cala Saona The smallest and most beautiful beach in Formentera dominates the west coast of the island. It is a...
Read More 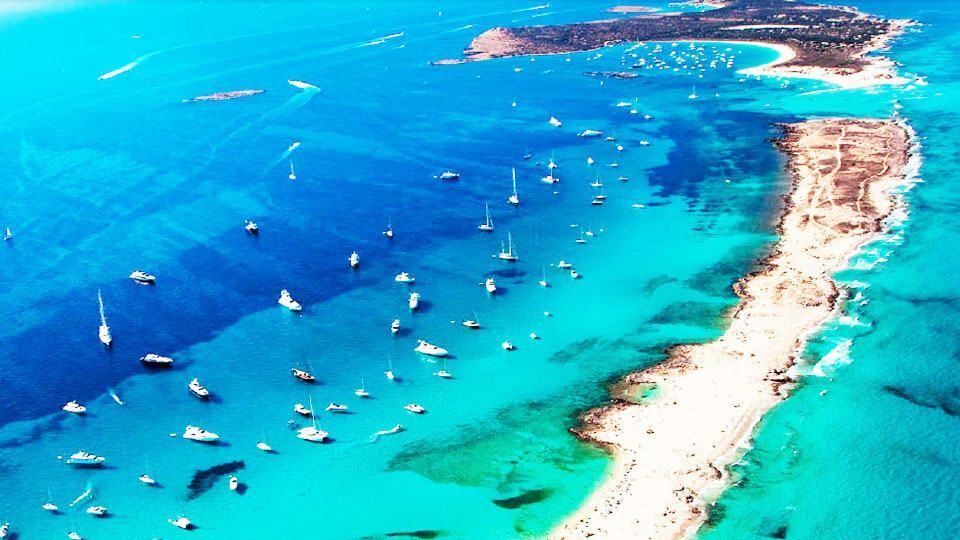 Playa de Ses Illetes On the opposite side of Playa de Llevant is the most famous and most stunning beach...
Read More 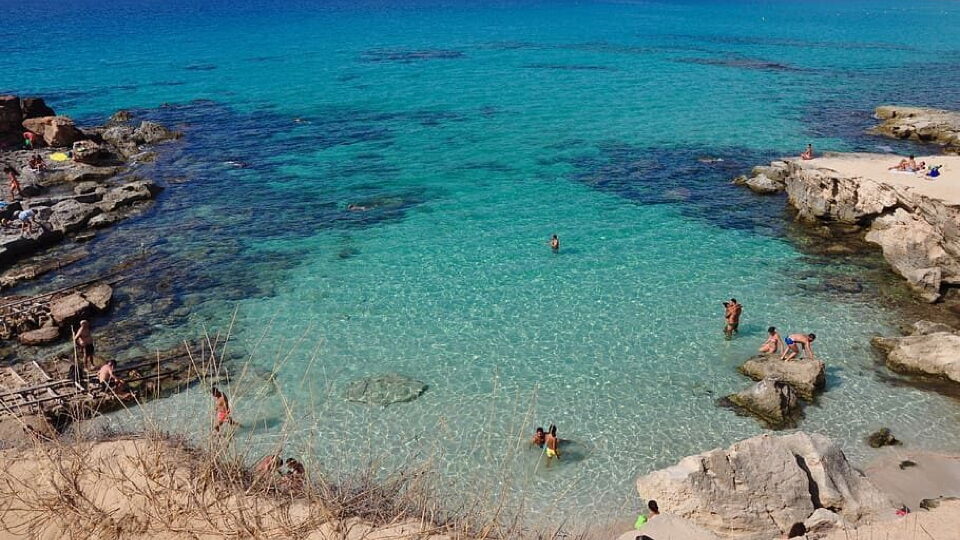 Caló des Mort In the southeast of Formentera, in the 6km long beach of Playa de Migjorn, you will find...
Read More 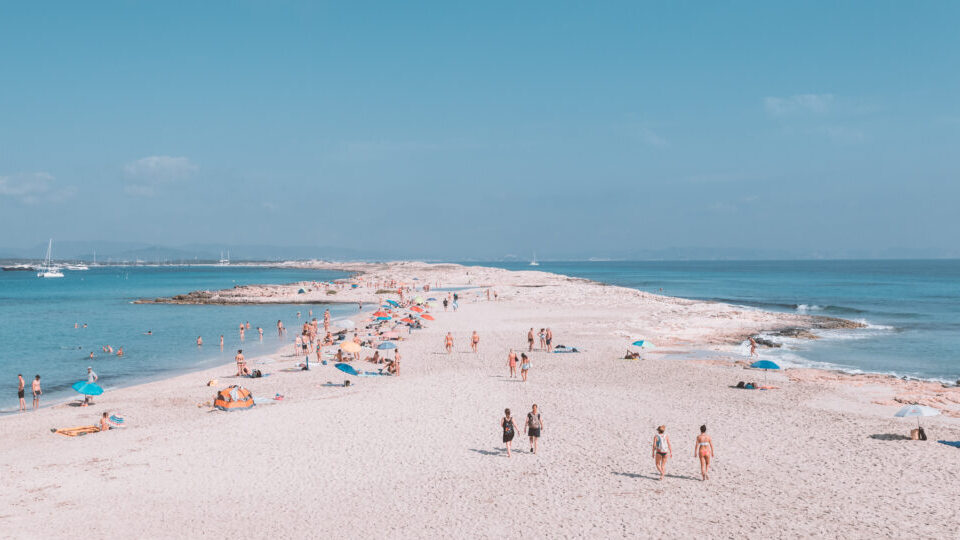 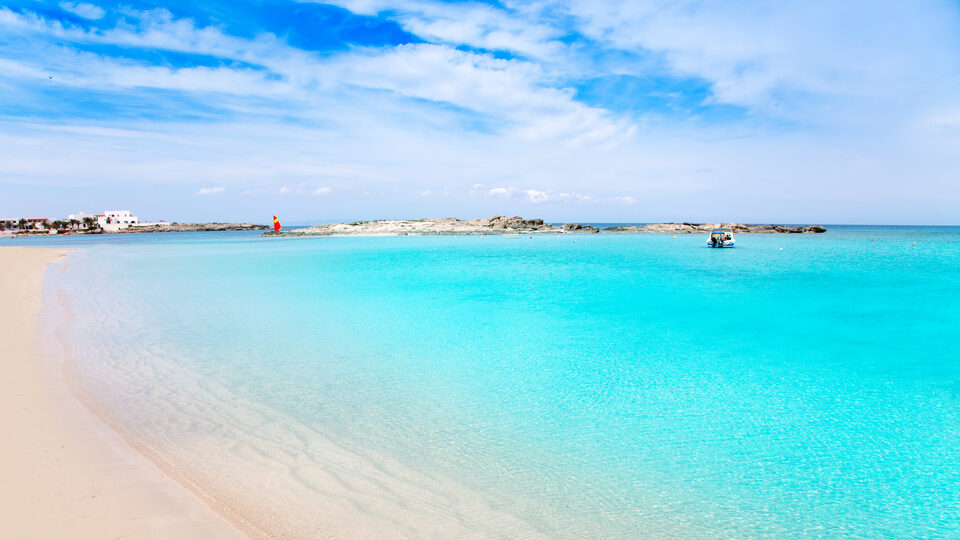 Es Pujols Sometimes, travelling to the beach with the whole family most especially when you have kids can be a...
Read More 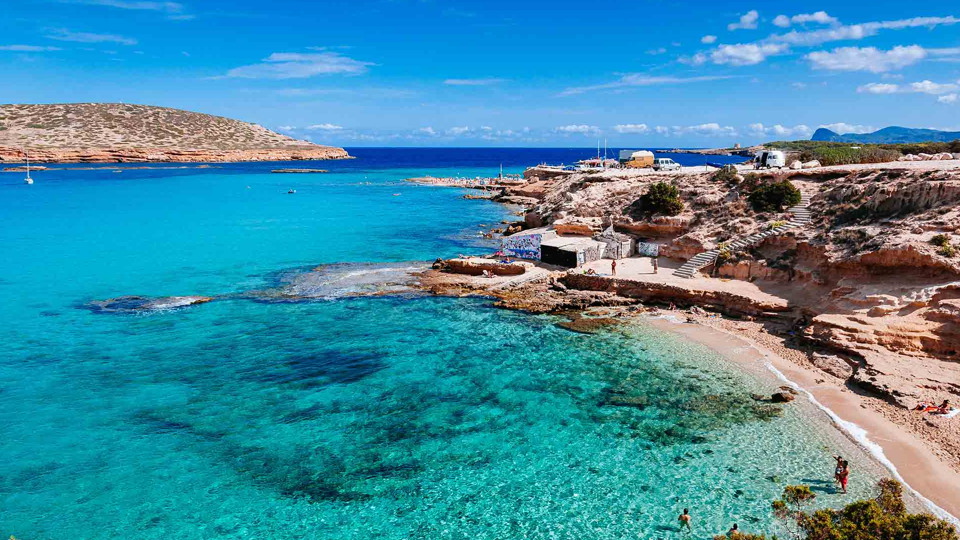 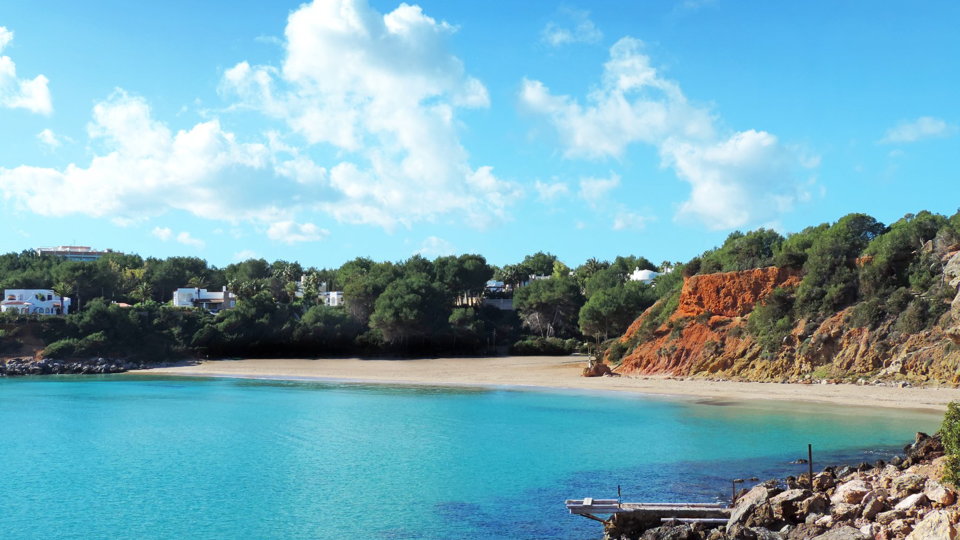 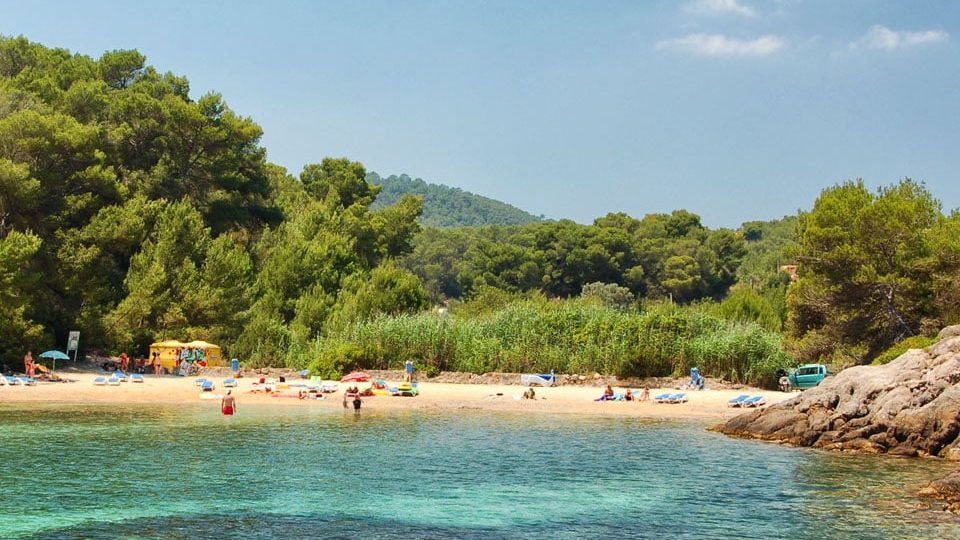 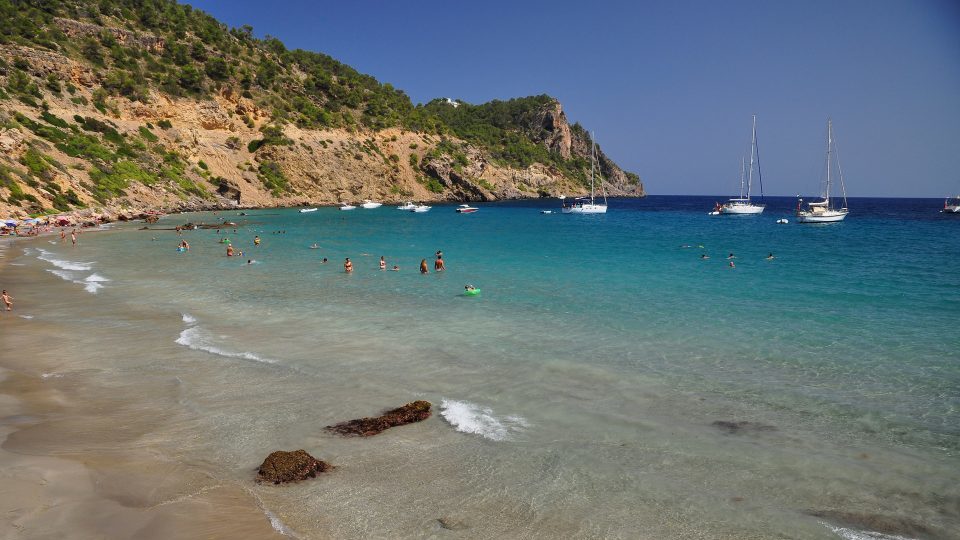